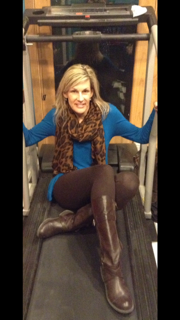 Yes, I think I had a light bulb moment recently.

I have had a most severe love/hate thing going on with my treadmill.  I LOVED it dearly 8 years ago, when I first discovered the magic of running.  It was my best friend, and I ran on it exclusively and faithfully for an entire year.  Things were great.

Then I ventured outside.  It took some getting used to, but I grew to really LOVE the great outdoors even more than the treadmill inside.  Fresh air, beautiful scenery and the open road.  Perfection.

When the weather grew cold, I went back inside and fired up the 'mill......and things were never the same. I could not get the speed setting to feel right. It was too fast, then too slow, then way too fast.  It was hot inside, too, and oh so boring.  My solution? Run outside, year-round.  Problem solved.

I have tried to re-kindle my friendship with my treadmill, several times, all of them unsuccessful.  After doing so many miles outside with constantly changing scenery, the confines of the treadmill  were just too restrictive for me.  No matter how fast my legs carried me on the treadmill....I never really went anywhere, you know?  It felt like a constant stepping motion, but not really "running."  And, for me, if the scenery isn't really moving, then I'm not either.

I know many people can surrender themselves to the 'mill, and just go through the motions.  I'm not one of them. For it to feel like a "real run,"  I have to be running somewhere, not just running in place.

It's been very cold in Iowa the past couple weeks, and I've been battling a nasty head cold.  In hopes of recovering (and not rebounding), I've taken my running inside. UGH.  I can make it 4 miles before I start hallucinating on the treadmill (no exaggeration), so it has not been an enjoyable experience...until one night I played with the speed settings.

I've heard of interval training, but have never tried it.  I know the treadmill is great for intervals, though, because it controls the speed of the runner, and keeps the speed consistent.

I put the incline on 3, set the speed to 6 (10-minute pace) and started going.  After one loop (1/4 mile), I bumped the speed up to 7 (about 8:30 pace) and did a loop at that speed.  I  then did the third loop back at the 6 setting.  I continued, alternating between the 6 and 7 settings for the duration of 2 miles, changing the speed after each loop (basically, changing the speed every 1/4 mile).  A 10-minute pace is pretty easy for me, but it always seems more difficult on the treadmill than it does outside.  An 8:30 pace wasn't much of a challenge either, but it was a good speed to experiment with for my first time doing  intervals. I know I can go faster, but my piriformis issue has slowed me down this past year, and I don't want to go too fast too soon and complicate the problem further.

It felt so good to be in control of my run.  Usually, when I'm on the treadmill, I feel a prisoner being forced to do something totally unnatural.  I'm always worried about stubbing my toes or losing my balance.  And I get so frustrated watching the little red dots going around (ever-so-slowly) on the display as I (ever so slowly) work my way around each imaginary loop on this imaginary track.  Changing the speed put me back in control, and the time went much faster than I could have imagined.  Before I knew it, the two miles were complete and I felt great.

For the first time in almost seven years, I stepped off the treadmill with a feeling of satisfaction and accomplishment.  Since I just cannot wrap my head around the concept that treadmill running is "real" running, I'm just gonna call it speed work (for now) and treat it as a "workout" and not a "run."  That's the best I can do with my anti-treadmill attitude.  I doubt I'll do any long distances on the treadmill, but I think I can handle a lot of short distances at varying speeds.  And the speed work will enhance my long-distance training.....so this is really a win-win for me.

Finally!  I think I can call the treadmill my friend....again. 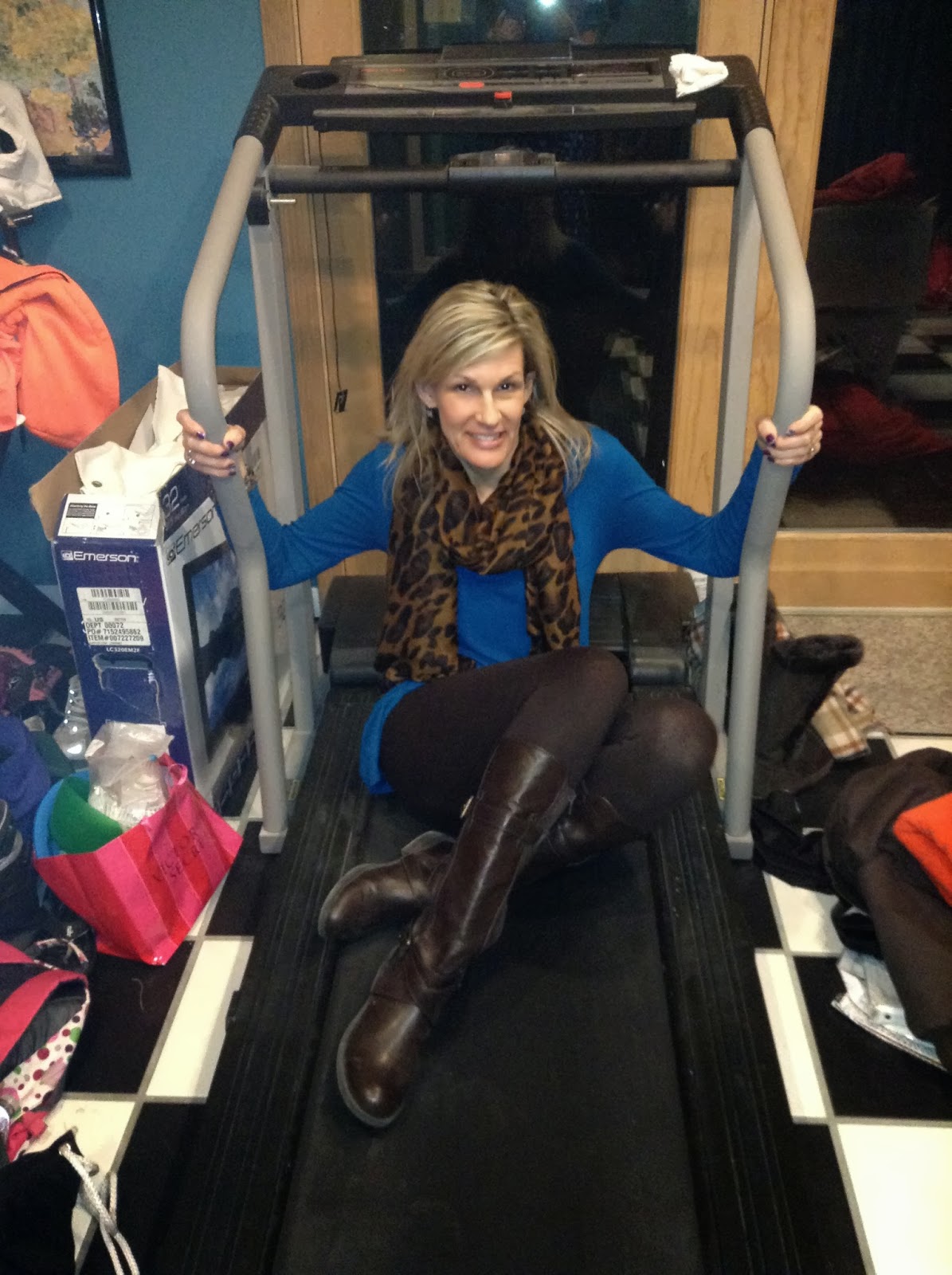