Training Vs. Racing and Revelations Aplenty 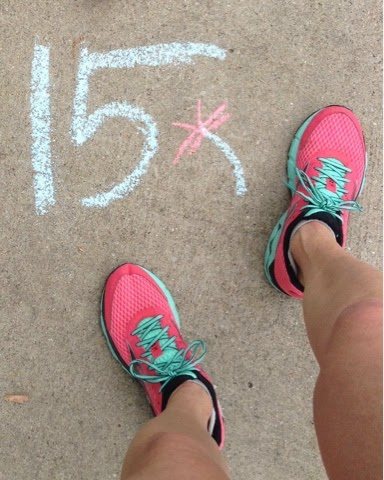 I have had a revelation recently.

Actually, I have had several revelations, but the most significant one is I realized I have a love/hate relationship with racing (love) and training (hate). Well, "hate" may be a bit of an exaggeration , but it does come close (at times).

I have two big races on tap for the summer, and the first one (Grandma's Marathon) is now six weeks away. YIKES. I feel like I am behind on where my mileage should be. After reviewing my two previous training plans (for the Quad Cities Marathon and the IMT Des Moines Marathon), it turns out I am not as far behind as I'd originally feared, but I have no remaining wiggle room.

Granted, I am being pretty conservative with my "short runs" during the week. Typically, I do a short recovery run on Sunday or Monday (depending on whether my long run happened on Saturday or Sunday), running only 1-2 miles, and at an easy pace. I also do a short run (2-3 miles) and a moderate run (5-6 miles). My long run almost always has to happen on the weekend, and I prefer it to be on Saturday so our family's church schedule is (usually) unaffected by my running schedule.

I log my miles in an "old school" format (on a paper calendar). Imagine my surprise to see I ended April with 85 total miles! Yes, that is small change compared to what I see a lot of other runners posting on social media, but it's a substantial number for me. I have never been a high mileage runner, and I'm rallying back from piriformis problems and hamstring tendonitis, so I have no business doing things any more aggressively.

The two marathons I have run were both fall marathons, and I had an entire summer to train for them. Training for a summer marathon, though, has been a whole new ball game, and it has been a lot more difficult. Not only have I had to be careful with my recovery from the previous aches and pains, but it's been a challenge getting the training done in between the various non-training events on my calendar. My schedule has much less flexibility in the spring than it does in the summer. Our two remaining kids at home have on-going activities (dance classes, tennis meets, band concerts), I have numerous obligations on my spring schedule that aren't there in the summer (prom committee and dance recital, to name a couple), I have taken on more duties (and hours) at my job, and our son is graduating from high school (so there's a party in the works, as well as all those pre-graduation details). Several weekends, recently, have had non-running obligations to tend to, including my mother-in-law's sudden passing last week (accompanied by the stress and emotion of funeral preparations, as well as valuable time lost due to travel).


I also have had several races this spring. If a fun event comes up, I have a difficult time ignoring it (even if it does not necessarily jive with my my "scheduled" long run). A lot of my long run miles have been run on divided time....running a race in the morning, then finishing the remaining miles upon returning home from the race. Not ideal, but it's what I've had to work with.

My revelation? Although I dearly love doing races, I do not enjoy the necessary training. I can jump out of bed (two hours earlier than usual) to get to a (non-local) race, and run it with a decent pace and finish time. Give me a long run, with an entire weekend to complete the miles, and my enthusiasm sometimes takes a nose dive. Even running with a friend, I find myself procrastinating and prolonging the (obligatory) training run.

Last weekend, I attempted to do a 13-15 mile training run, but white-flagged it at mile 10.  My body felt fine, but my energy level was beat. And, if my energy level plummets, so does my form and I dramatically increase my risk for injury.

Thankfully, my long run this weekend went much better. We returned late Saturday night from traveling to my mother-in-law's funeral, resulting in (again) limited sleep. Sunday morning, the weather was sketchy (rain in the forecast for early morning and thunder storms on tap for the afternoon), giving me a very limited window of opportunity for moderate conditions. My body has been very tired this past week, and felt especially tired as I scanned the Doppler radar for hour-by-hour weather information.....if this run was to happen, it would need to happen mid-morning. I hate missing church, but felt this was a now-or-never situation. I had 15 miles to get done, and I would need approximately 2-1/2 hours to finish them, not including water stops or re-fueling.


My friend, Barb (also in training for Grandma's marathon and the ultra in July), planned to run as well, and my husband wanted to run the first five miles with us. We set out around 7:30. The temps were cool, slightly breezy and damp. No falling rain, but the air was pretty humid. I used to do all of my long runs alone, but am glad I now do most of them with friends. Having someone along to chat with makes the miles go much faster, and it forces me to conserve my energy so I'm actually able run and talk at the same time.

We ran a 5-mile loop and stopped back at the house for a quick break to re-fuel, use the bathroom and shed the top layer of clothing. My husband bid us a fond farewell, and Barb and myself headed back out a few minutes later. We decided to run the same 5-mile loop but run it in reverse and vary a couple of the streets. The first loop had a long stretch into the cold wind, but running it in reverse was much more comfortable. We actually ran the second loop slightly faster than the first, so we decided to try to run the remaining five miles a little slower. Again, we ran a similar route, but opted for a few different side streets.

I could really feel the limited sleep (from the past week) taking its toll on me. My energy level felt alright, but physically I was exhausted. I could feel my calves starting to cramp (which seldom ever happens), and I seemed to be shuffling my feet more than usual in the final couple miles. We only stopped once, around mile 13, to walk a short ways. I really wanted to stop more, but I did not let myself give in this time. I knew we were running at an easy pace, and if I just concentrated on my form I'd be able to make it the rest of the way without stopping.

I also had some stomach issues in those final miles. I don't know if it was from the new fuel I was experimenting with (Sport Beans), my fatigue, or the fact that I had not eaten well the past couple days (hello? funeral food....too many sweets and not enough water). Or it could have just been a fluke.


It certainly felt good to finish that 15th mile. This was the farthest I have run since the IMT Des Moines Marathon (back in October), and I am thankful it wasn't more difficult. My confidence in my level of fitness has been renewed, and I am feeling a little less panicked with my less-than-ideal training for this marathon. But I still have a ways to go to get ready for those 26.2 miles....in six weeks (again,YIKES!). My plan is to do a somewhat "conservative" long run next weekend (13 miles), followed by two more weekends of longer runs (17-18 miles, and 20 miles). Then taper. It's not perfect, and it's certainly not ideal. But it's what I have to work with to get me across the finish line.

Have you ever gone through a training cycle with numerous obstacles and set backs? Did you want to give in to the challenges or were you motivated to rise up and beat the odds? 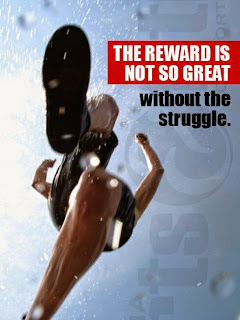