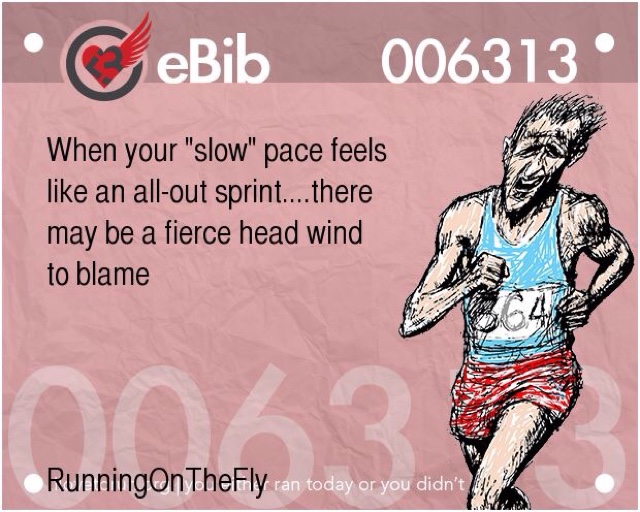 Another crazy week with wind, only this week also had chilly temps as well. This week's theme? Windy, chilly, and worn-out, Oh My!

Monday started out with pleasant temps (and lots of sunshine)....but that %&$# wind was ever present. Fortunately, I had the afternoon off from work, so I headed out and did six laps (yes, six laps...that was not a typo) around the "little block across the street." I call it the "little block" because it takes three laps to get to a mile in total distance (the "big" block, that I live on, only needs two laps).

The thing is, though, this "little block" is situated on the side of a hill. The hill is short (it is, after all a little block), but it's steep. And, here's the kicker, you get to climb this little hill twice on each lap around that little block. So, if you do the math: 6 laps = 2 miles = 12 hills. Not a bad workout, eh?

Tuesday brought us some cold, windy (again!) and rainy weather. With the Fight for Air Climb looming only a few days away, I decided to get in one last stair-training session. As mentioned in several recent posts, I do some of my stair-training in an office building downtown. It's a 5-story building (including the basement), and I always climb the steps two-at-a-time. I did 10 sets (of the five flights of stairs), for a total of 50 flights climbed...and I was done within 20 minutes.

Wednesday was somewhat of a rest/recovery day. I had run 8 miles on Sunday (also in the wind), and with the two hilly miles on Monday and the stair-training on Tuesday I had no guilt in taking it easy. I try to do at least 20 minutes of daily aerobic activity, and most days that involves power-walking around the little, hilly block. Momma N also gifted me with some light sprinkles as I was finishing up (she's such a nice, caring gal!).

Thursday was another windy day!  There was mixed sun and angry-looking clouds all day. I headed out for a quick 5K after work. Surprisingly, the wind wasn't as bad as it has been, so the run didn't feel like a constant battle to stay vertical.

Friday was another day of rest. I had a 5K on tap for Saturday morning, and was also planning to do some extra miles afterwards. I have been upping my weekly long runs in recent weeks, and with more rain in the forecast for Sunday (and the Climb in the morning), I thought it in my best interest to get in all my miles on Saturday. I'm not a big advocate for splitting up long runs, but sometimes it just has to be done. And, I also know it's better to get in a split-run than no long run at all.

Anyways, the 5K went pretty well! There was a time when 5K's were SO hard for me. I remember getting nervous about being able to run the entire distance. Now days, the 5K distance is a no-brainer...it's the speed that challenges me. I'm not naturally gifted with speed, and even after almost 11 years of running, I still struggle with getting the correct pace. That first mile is usually the deal-breaker if I go out too fast....but on Saturday, I was able to avoid the "crash & burn" from a too-fast start. It wasn't a PR, but still a decent finish time for me (26:19). Anything under a 9-minute pace makes me smile, especially when the second two miles have to be carefully managed to make up for the foolishly fast first mile. It wasn't a huge field a competitors, but I was able to land a first place age group honor. I was happy with my finish time, so I'll gladly take it!

My friend, Barb, met me after we'd finished the 5K. The temps were chilly (upper 20's) and even though the wind was minimal, we both wanted a change of clothes (in other words, DRY clothes) before heading out for more mileage. We set out to do five easy miles, but wound up doing six miles instead. I wasn't sure if I'd regret that on the 86 flights of stairways the next morning or not.

Sunday morning arrives, and although my back was a bit stiff (I forgot to mention that I also did a couple hours of yard work on Saturday afternoon...raking, digging, and transferring several {20?} clumps of daylilies), everything else was in working order. This was my fifth Fight for Air Climb event (I've done the Des Moines venue also in 2013, 2014 and 2015; and I did the Chicago venue in 2014). Spoiler alert: All went well! I managed a 19:13 finish time, a PR over the 20:21 from a year ago (stay tuned...the full recap is coming!). When I returned home, though, my entire body was ready for some down time. 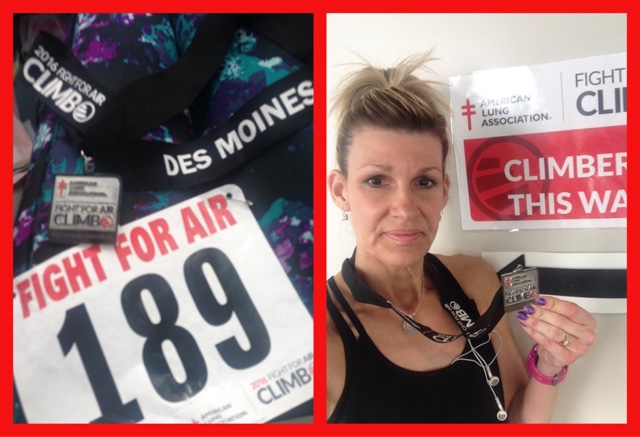 Even with the nasty wind, there are plentiful signs of spring:

The daffodils are in bloom!

And the magnolias are about to burst into color!
I am an avid planker. I do a 2:30 plank every morning while my chai is heating, and I sometimes do additional planking in the evening. I don't do especially "long" planks very often, though (I've heard planks are most effective when you vary the "holding time," so I sprinkle in a long hold only occasionally). I got down and assumed the position, and was able to hold a plank for five continuous minutes! (but I was NOT smiling the entire time #truthinplanking)


And with the cold temps this past week, I reluctantly pulled some of my boots back out of the closet (as well as some of my winter wardrobe favorites). You do what you gotta do.
So, this week kept me busy and active...total miles in my running shoes: 22; and total flights climbed:136. WHEW! (where's that foam roller?)

How was your week? Ever done a Fight for Air Climb? Have you ever done back-to-back events in one weekend (and actually did well at both of them)? Are your spring flowers and bulbs starting to bloom?

As usual, I'm linking up for the Weekly Wrap. A huge shout out to Holly from HoHo Runs and Tricia from MissSippiPiddlin  for this weekly endeavor they host for all of us. Do head over and check it out!!