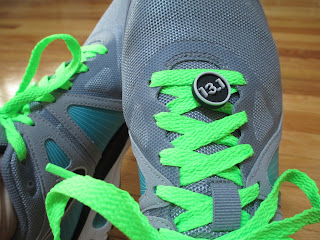 I think I am becoming a race snob, and I don't think I like this.  Not one little bit.

So, how did my snobbery begin, or where?  It's difficult to pinpoint an exact moment in time.  And there are  almost 8 years of running to retrace for me to solve this mystery.

I have already publicly confessed to being a t-shirt snob.  This is an easy one to figure out. I do not like loose or baggy clothing.  I don't strut around in skin-tight apparel, but I prefer my clothing to be fitted and tailored.  Most race shirts tend to be unisex sizing, which also means a unisex cut, so they are not flattering on a woman's body.  Also, a lot of race shirts are cotton, which is not ideal for working out.  So, I tend to reject race shirts if they're not a tech material.  Call me a snob (I have already done so).

The racing snobbery is a little more complex to figure out.  I have been running for almost 8 years, and over the course of those 8 years, my pace has increased.  I used to be euphoric if I ran a 5K (3.1 miles) with a 10-minute pace.  As I became more disciplined, and started running more frequently and for longer distances, I have watched my pace increase and my finish times decrease.  This is a good thing, right?  How can I see any bad in that?

Well, I am not a sprinter.  I can attempt to run fast, but I don't have the genetics to really outrun the ones who have the natural ability to do so.  Really, I am okay with that.  Although my pace is now around an 8:30 mile, the real fast runners are running sub-6-minute miles.  And, I will probably never catch them.

What I have discovered, though, is that I have the endurance genetics.  I can run long distances and still feel great when the race was over.  It seems most of us are either one or the other...speedsters or endurance junkies.  There are some exceptions to this, and these would be the marathoners who can run 26.2 miles in 2 hours (or maybe less).  Some runners have the gift of possessing both of these qualities, but they are rare.

I have run a lot of 5K's in my lifetime.  And, I have not won any of them.  In recent years, though, I have placed in my age group on some occasions, achieving the coveted 1st, 2nd or 3rd place finish (and the hardware that comes with it).  Most of these have been small races (and usually on cold days, when fewer people turn out), but I have have had the experience of finishing in front of the herd.  Yay for me.

So, when I got bitten by the "distance bug," and started doing longer races, I really felt like I had found my calling.  These races required some speed, but endurance was what would get you to the finish line.  Also, more importantly to me, these races required a lot more discipline and time in training.  After investing a few months of "boot camp-like" training, the reward of completing a distance race was extremely fulfilling.

So, here I am. Starting to snub 5K races.  Maybe it's because the 5K distance is no longer a challenge for me, unless it's a course with some good hills.  I know there is always the challenge of having a PR (a Personal Record, a faster finish time), but when you're not a fast runner to begin with, the idea of attempting a 3.1 mile sprint is not very enticing.  Also, I have been battling some IT-Band issues in my left hip area, for the past 18 months or so.  Basically, I have some stiffness (and don't have full range of motion), and it takes a good 3-4 miles to get things loosened up...so, if I'm trying to "race" for 3.1 miles, a lot of the time I'm not really "racing" until the last half mile or so.  That presents me with a disadvantage...and it's frustrating to do a race knowing I'm not really able to give it my all for the duration.

I should mention that a lot of 5K races are fundraisers for charities.  Although many of these such races come with the dreaded souvenir t-shirt, I have learned to "forget" the shirt at the registration table (or take it and donate it to someone who has a greater need for it). Although I am not crazy about the 5Kdistance, I do participate in these events periodically. Fortunately, some races are now starting to offer a 10K option, which is great fit for the runners who want to go a longer distance.