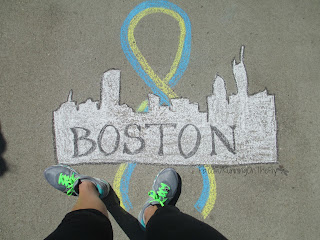 It's been a crazy week.  Lots of emotions experienced, some suppressed, and many are still raw.

Last weekend started off a little crazier than most.  I have been on the After-Prom/We Care Committee for 3 years, so this is my 4th time orchestrating the Presentation of Couples.  Myself and a couple friends design a some-what elaborate stage for the prom-going couples to walk across as they are introduced to a full house of friends, family and community members.  It's a lot of last-minute stress and work, but the art geek within me LOVES doing it.  And my handyman husband always gets recruited to help assemble the set to closely resemble the design I have envisioned.  That was Friday evening.

My husband recently retired from 32 years of combined service in the Air Force, Iowa Air National Guard and Michigan Air National Guard.  As luck would have it, the annual dinner (with the Lieutenant Governor of Iowa) honoring all 2012 retirees was on Prom night...at the exact hour of Presentation... in a grand ballroom setting...an hour away.  Thankfully, my committee was well-equipped to handle all the details of Presentation, so the husband and I were able to attend the dinner and celebrate with all the other retirees.  That was Saturday evening. 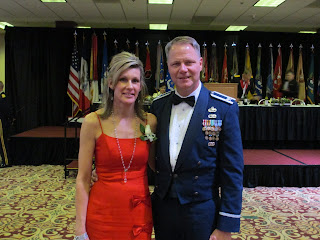 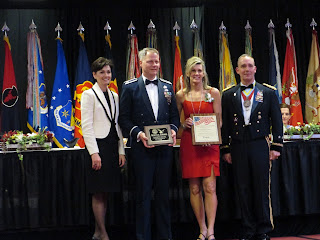 Upon the conclusion of the banquet, we headed back to town.  Our evening was far from over, because both of us were also scheduled to work at the After-Prom party.  The After-Prom festivities began at midnight and lasted for several hours, a successful endeavor that kept most of the students safely in town following the dance.  That was (the wee hours of) Sunday morning.

After several hours of much-needed sleep, I ventured out to do my daily run.  I have been obediently doing a daily run challenge for April, and this was not going to suffer.  Surprisingly, the run went well, complete with a negative split. That was Sunday afternoon. 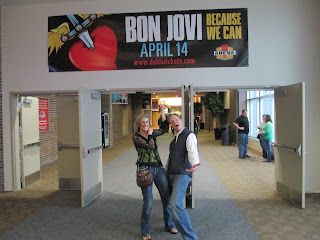 Next on the weekend's agenda was a concert.  And this was not just a concert, this was Bon Jovi!  Myself and some gal friends have seen this amazing band in concert twice before, and this time we convinced the husbands join us, albeit reluctantly.  The music was great, the stage show was out of this world, and Jon looked most amazing.  That was Sunday evening. 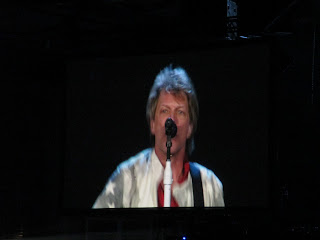 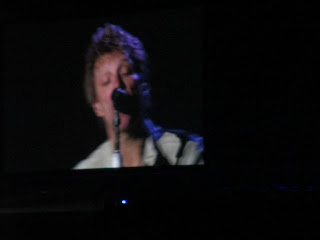 The next day was the Boston Marathon.  This is an event that I had been looking forward to for quite some time, since I knew several Facebook friends running in it.  Like so many others, I was excited to see some of the marathon on tv and follow the progress of my fellow runner friends.  That was Monday morning.

Hearing about the explosions at the finish line brought me to my knees.  This was not supposed to happen.  This was supposed to be a day of celebration.  This was a day all of these marathoners had been preparing for, all of them had friends and family along the route, all were prepped and ready for a celebration.  Instead, chaos broke out.  Runners halted. Spectators injured. Innocent killed. Suspects on the loose.  That was Monday evening.

As the week progressed, the running community solidified.  We joined hands.  We wore our race shirts.  We cried, mourned and reflected.  And, most importantly, we ran for Boston. That was last week. 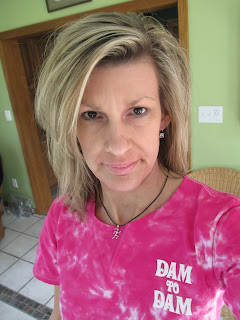 As a runner, I have run in many races.  And I have crossed many finish lines.  This could have happened anywhere, and it could happen again.  But, like most runners, I refuse to stay  inside on my treadmill.  I have run outside every day since this tragedy, and I will continue to do so.  I will continue to race. I have a 10K next weekend, and I look forward to crossing that finish line.  It will not only be a victory for me, but for Boston as well.  This is today, and I eagerly look forward to tomorrow's run.