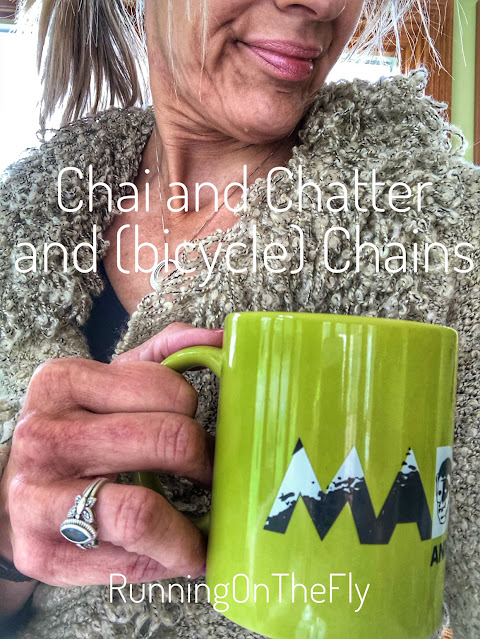 What say we gather (virtually, of course) and chat for a bit?

You can have your beverage of choice (hot or cold), but I'm opting for a chai latte.' We can discuss the latest happenings in our lives, and give each other a (virtual) hug of encouragement and support. After all, COVID-19 has not yet left us and things are a bit strained at the moment.

Care to join me?

First off, if we were gathering together, I'd whine about the wind. Seriously, wind is probably the most frustrating of weather conditions to battle, at least in my world. Granted, sometimes it does feel refreshing, but most of the time it's an ominous dragon that cannot be slayed. Since I've spent the past six weeks on the bike, it has felt like I've had the wind in my face every time I've been on the road with Gustavas, no matter which direction we've ridden.

Speaking of the wind, if we were gathered together, I'd tell you about the 15mph wind (with 25mph gusts) that enhanced my (virtual) Drake Road Races Half Marathon this week. Obviously, given my stress fracture, I would not be running this virtual endeavor (though I did run those 13.1 virtual miles back in April, on the race's original date). The swag arrived in Monday's mail, so I opted to suit up (in the event jacket, no less) and saddle up with Gustavas after work. Did I mention there was a slim window of "dry" weather on the radar? I estimated the 13.1 miles would take about 1:10-1:15 to complete, and the rain wasn't forecast to appear until about 20 minutes after I'd (hopefully) finish. The wind was out of the northwest, so that meant I'd get to fight it every time I pedaled north or west. Long story short, my quads were on fire from fighting that wind, and racing against the rain, but I made it back in 1:01! When I rode the 20K (12.4 miles) for DAM to DSM (September 4th), that took me about 1:10, so this was a major PR in terms of speed.

It's no secret that biking has become a pivotal (fitness) poison for me while being sidelined from running. If we were gathered together, I'd show you my newest Road iD acquisition. I recently ordered Road iDs for my parents, and while on the site, I gave into temptation and got a couple of cycling-inspired badges for myself. Yes, it's official...now I'm donning cycling-inspired accessories. By the way, Road iD is featuring a funky pink faceplate for the month of October (with $10 from every one sold going to the  American Cancer Society). I might have ordered one of those as well.

If we were gathered together, I'd tell you about our current weekend bike rides with friends. Since there aren't any long runs happening for me, and no Iowa football games to attend, we've been exploring bike trails instead. These rides haven't been especially long (at least not by biking standards), but they've been a great way to hang with friends in a socially-distanced manner. Our rides have been averaging 25-30 miles (usually with a stop for lunch and "fuel" along the way). 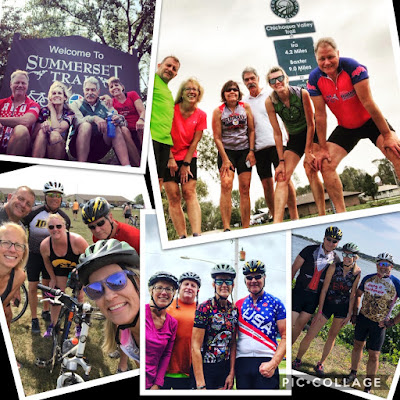 With all things biking, if we were gathered together, I'd share that my total biking miles for September were actually 361, not the 381 that I accidentally shared on social media Wednesday evening. Major OOPS. I did the math twice, but must have hit the wrong number when I made the original pic and didn't catch it until the next day. Oh well, I'm coming clean now LOL. 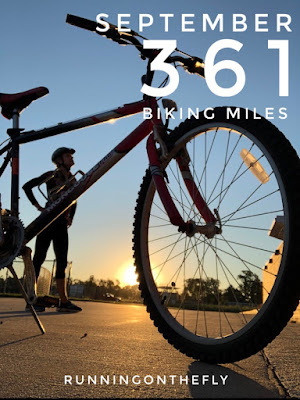 Finally, if we were gathered together, I'd share my excitement to finally be wearing regular shoes again. That probably sounds petty, but getting out of the Frank boot (and then the running shoes) was liberating. Even though I love my pretty running shoes, they are not exactly the most fashionable option in my closet (unless I'm also wearing the requisite running clothes with them). I'm still walking with caution, and not doing a full "flex" of my foot as I step (that will come this next week), but things are progressing in the right direction.

Whew! That was a lot to share! Thanks for indulging me.

You're turn...What would you be drinking at our (virtual) get-together? Any exciting news to share? Does it feel like the wind has been especially relentless in recent weeks? If you inadvertently disclosed an incorrect number for mileage, would you let it go or come clean? 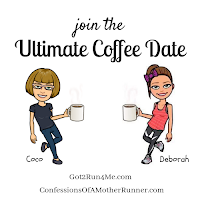 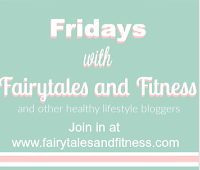