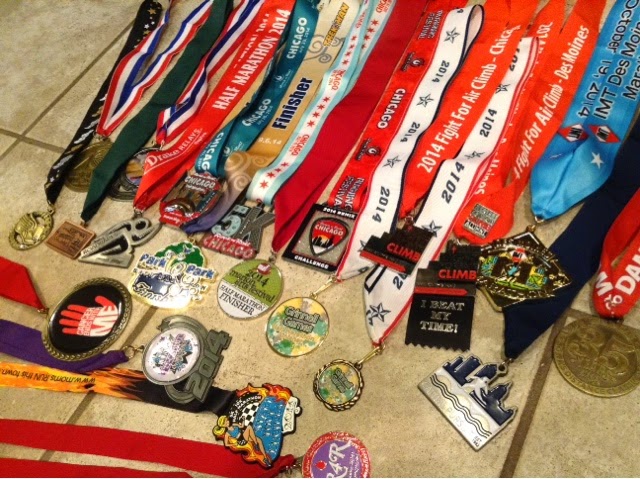 Is it already that time of the year?  You know, when most of us not only look towards the goals and aspirations on tap for 2015, but also reflect on what made 2014 so stellar?  Well, it is for me!

This past year was not only a year of excitement, but also one of growth and transition.  I participated in 23 events (four of which were virtual events in the colder months when there were limited "actual" races in my area), and two of which were "vertical" races (The American Lung Association Fight for Air Climbs, Chicago and Des Moines).  Most of these events came with hardware (finisher medals and, on a few occasions, medals from placing within my age group), but all of them were significant in terms of goals met and comfort zones violated.

My major goal for 2014 was to do "14 in '14," finishing 14 distance events (any distance longer than a 10K). My goal was met and finished in early November, giving me the remaining time to rest, recover and rehab my (somewhat) fatigued body.

One of the main things I'm always striving towards is to violate my comfort zone.  I love taking on new challenges, and testing my limits.  This involves not only registering for new events (with varied distances) as often as my schedule allows, but also traveling to different locales (as much as I love where I live, I am always eager to go elsewhere and see new sights in my running shoes).

A new experience for me in 2014 was participating in a relay race. Myself and team of co-workers raced in the Market to Market relay in May. Similar to a Ragnar race (but on a much smaller scale), the teams (most of them in costume)  raced across 70 miles of trails on a cold, rainy and windy day in Iowa. It was a fun and action-packed day, and reinforced the love of running all of us share.

Despite all the triumphs, there is a frustrating challenge that still plagues me, though.  I have been battling piriformis issues for several years.  It has gotten much more manageable, but has never quite vacated my being. Several months of physical therapy have helped, and if I could/would/should discipline myself to foam roll and stretch (especially when I don't think I "need" to), the problem would be minimized further. Meanwhile, I have been trying to transition to neutral shoes (via the counsel from a recent gait analysis at a reputable fitness store), and this transition has not been what I'd hoped. Thankfully, my aches and pains have not gotten worse, but they most definitely are still there, even with the self-imposed off-season I'm currently entertaining. Stay tuned, I predict (yet) another consultation with (yet) another store is on tap for 2015. 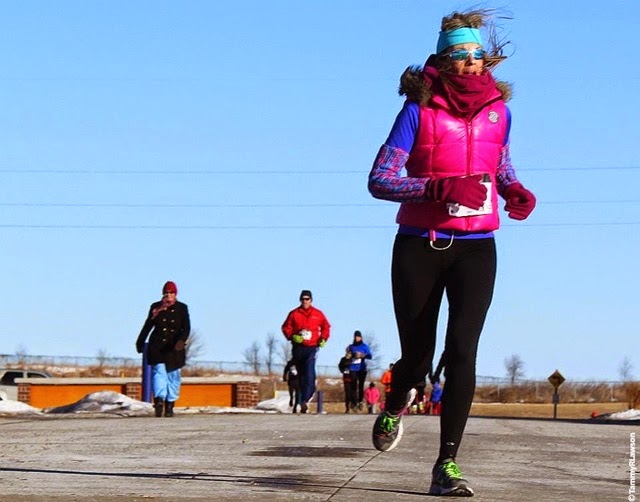 In March, I did back-to-back weekends of Fight for Air Climbs. The Chicago Climb was March 9 and involved 180 flights of stairs, the Des Moines Climb was March 16 and had us climbing 63 flights! 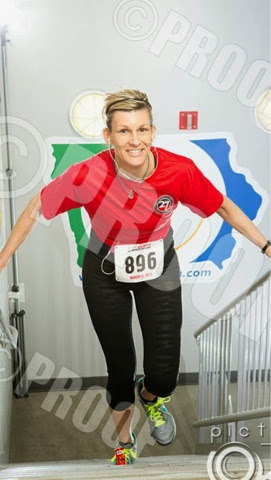 In May, I ran in the Market to Market Iowa relay with a team from work. 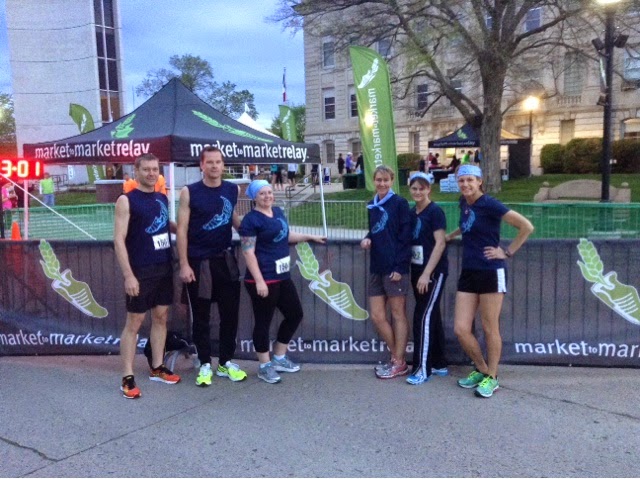 In mid June, my hometown hosts a weekend of events called the Grinnell Games. This year, I ran the 10K Twilight Trail on Friday evening and the Half Marathon the next morning...and was able to PR both events! 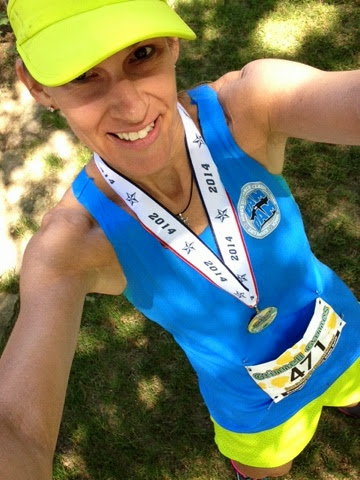 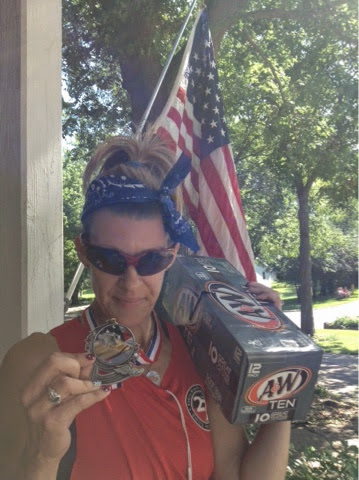 Later in July, I traveled to the windy city and ran the Chicago Rock'n Roll 5K and Half Marathon with my dear friend, Penny. 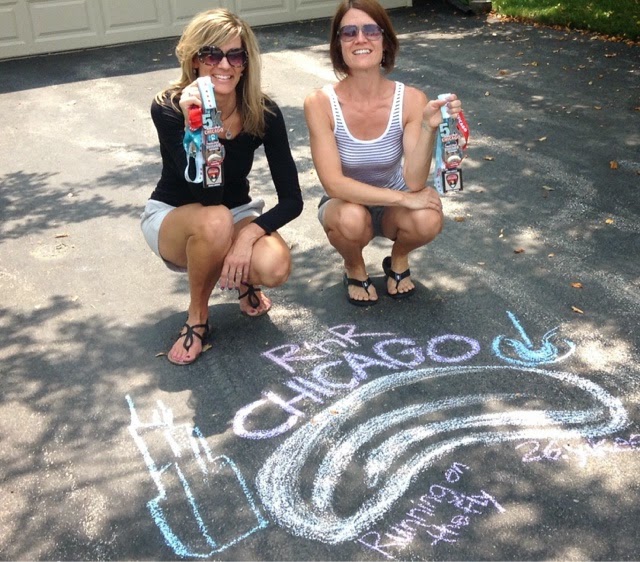 While in Chicago, I had the pleasure of meeting Shalane Flanagan following the 5K! 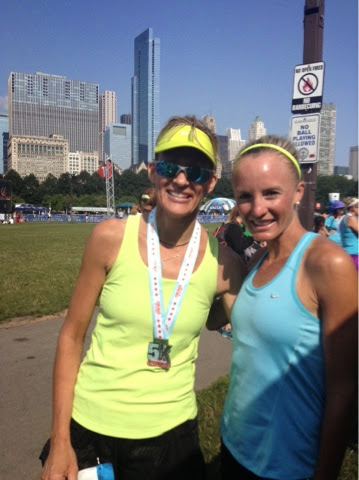 Another brush with (running) fame was meeting Meb Keflezighi, the reigning Boston Marathon champion a week later, at the Quad Cities Times Bix-7 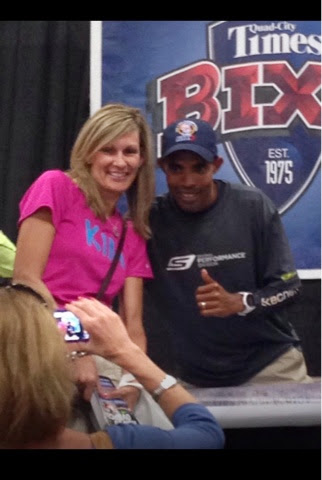 The highlight of all highlights happened on October 19, when I proved to myself that I am, indeed, a marathoner!  I finished the IMT Des Moines Marathon with a 26.2 PR on a much more challenging course than the other marathon I'd run. 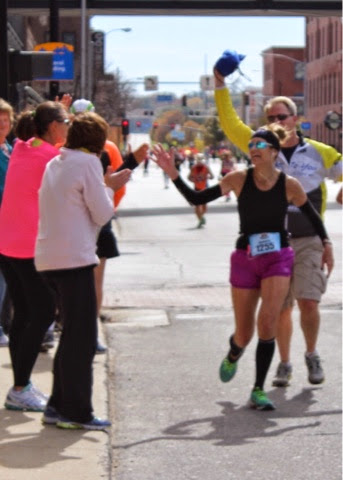 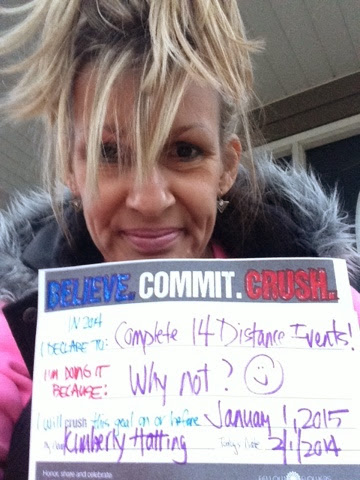 So, what's in store for 2015?  There's definitely another marathon happening. There's also talk of running an ultra with some of my runner friends, and another friend has just about successfully convinced me to do a duathlon with her. Comfort Zone Violations all over the place.