Ever have one of those weeks that felt like a whirlwind of activity? We endured 15+ hours of travel time (each way) as we journeyed across the eastern half of the United States (and back). Care to hear more? Read on....


Sunday
Destination: Pennsylvania! We were up and on the road by 4:00a.m. (it almost felt like a race morning, except there were no race bibs involved). The trek to the daughter's house is an approximate 15-hour drive, so we hoped that an (especially) early departure would ensure a more timely arrival. ((yawn)) Lucky for us, we had almost nonstop rain and fog to navigate through for most of those 15+ hours in the car. Don't be jealous.
Monday
Eager for the opportunity to (finally) run in Pennsylvania, I laced up and headed out around 8:00. This was our third trip to the state, but it was the first time I actually have time to hit the streets and explore the area on foot. My run wasn't grandiose, but it sufficed. Two miles later, I was back "home" and my #nevermissaMonday was done (in a new state!).
Later, we had a chance to see the daughter's place of work, and got a brief tour of the plant (with the daughter as our tour guide). I tried to talk her into gifting me a pair of the safety goggles (for nighttime running #bugshield), but she was not feeling generous. 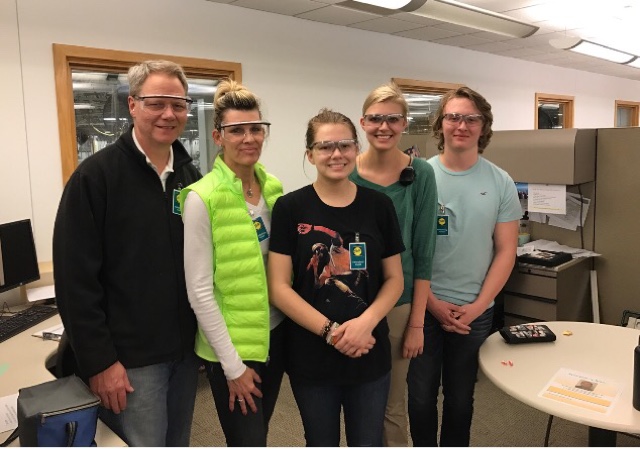 Tuesday
Another day of rain! Ugh. I decided to stay inside and do a short (but effective) strength and conditioning workout. Don't be fooled by the low reps....I felt this the following morning something fierce. 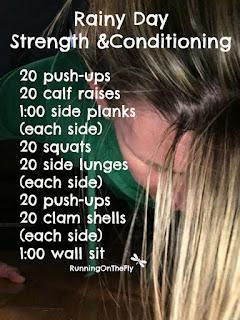 Finally, the rain subsided in the late afternoon. Since the hubby is also in-training (Dam to Dam Half Marathon, June 3), he wanted to run a few miles as well...so we headed out after dinner, and made it back before more rain made an appearance. Hanover, near Gettysburg, is rich with history!
Wednesday
We were hoping for a day trip to Washington, DC, and the forecast for Wednesday would be optimal. We headed to Wheaton, MD, and caught the Metro...arriving in DC around 10:00. Thus, our crazy day of exploring the Capitol city (on foot) began.
We walked, walked, and walked. Then we climbed steps (in the Holocaust Museum and at the Lincoln memorial). We also took a serious power hike through the hilly trail in Arlington National Cemetery, on our quest to make it to the Iwo Jima Memorial before the gate (out of the cemetery) closed.Whew! Finally, at the end of our day, we rode the Metro back to Wheaton....and instead of standing idle on the huge escalator, we climbed all 91 steps back up to the "ground" level. And we all slept quite soundly that evening.

Thursday
We were up, dressed, and had the car loaded by 8:00 for our departure back towards Iowa. Instead of driving the entire 15+ hours straight through, we elected to stay overnight in Dayton, OH. Even though my hips and hammies were mucho angry from the previous day in DC, I decided to head out for a short shakeout run...hoping to loosen things up (mission accomplished). I had never run in Ohio before, so this also was a bonus state to add to my roster of Destination Excursions.
Friday
More time in the car...and more rain to drive through. Blah blah blah. At least some of us were able to sleep through it.
Saturday
Since my mileage was a bit compromised (due to travel), I was especially eager to get a long run done! My alarm went off at 4:15a.m. and Barb arrived at my house shortly after 5:00. We knocked out 10 miles at a very easy pace. It actually felt more like another shakeout run (for me) because my entire body was so tired and still somewhat sore from Wednesday's jaunt around DC in those sandals. The run went well...the body loosened up and we were able to maintain an approximate 10-minute pace. Spoiler: It didn't end there...the hubby and I spent the greater part of the afternoon doing yard work. Holy Exhaustion, Batman!
Sunday
Nothing grand to report (there was more rain, though). I did a short shakeout run before church. Two simple miles, but after Saturday's full day of activity, those two miles felt absolutely wonderful! Ever have a shakeout run leave you feeling like dancing?
Total weekly mileage (Monday -Sunday) came in at 18 miles....and most of that happened over the weekend (oops). I'm in the very early stages of "official" training for Grandma's Marathon (Duluth, MN. June 17), so my weekly miles will be slowly increasing (as will my weekly long runs). Stay tuned!

In other news:
After being gone for a week, it was a pleasant surprise to return and see the spring bulbs emerging and blooming!
My #fashionFriday post was all about spring colors in winter layers. White skinny jeans, bright magenta sweater and a puffer vest (yes, I thought those would remain in storage for a few months). Also some funky, chunky-heeled shoes for a bit of fun.

My husband is an April fool baby, so we met up with some friends (after arriving back in town on Friday evening). He was a good sport when the sombrero landed on his head and the waiters started singing to him.


It took some careful thought and consideration, but I came up with a few goals for April:
And, last of all, when in DC....

In case you missed them, here's my blog posts from last week:
Taking Things Easy... 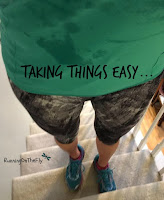 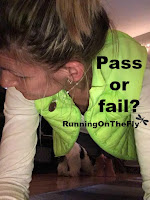 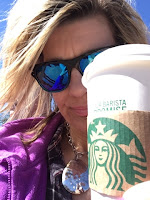 ...and one more week until the Fight for Air Climb! It's gonna be fun, and I'm in a new age group this year. Any interest in donating to the cause? If so, my donation page is HERE.

How was your week? Did spring finally arrive (yet)? Have you ever been to Washington DC? DOes traveling in a car make you feel even more exhausted than running a marathon?

As usual, I'm linking up with Holly and Tricia for the Weekly Wrap
and Ilka and Angela for the Sunday Fitness & Food Linkup