How would you define Victory?

I have been running (consistently) for almost 12 years, and I have never actually broken the tape at a finish line (and the odds are ever-in-my-favor that I never will). But I have had some substantial victories.


For example....
My first 5K race (with NO walking).
It wasn't until I started actually "training" for a race that I acted like a runner. I had done a handful of 5K's prior to the summer of 2005, but had never thought of myself as a real runner. I was still wearing cotton t-shirts (and socks) and didn't even own actual running shoes. Can you relate?

I spent several weeks training for that first "real 5K." I ran three days each week on my treadmill (yes, there was a time when I actually spent time with 'Milly consistently). I built up my endurance and was able to run three continuous miles by race day.

The real victory came when I crossed the finish line. Although I had trained, I still had a lot of lingering doubts as to whether I'd be able to run the entire race without taking any walk breaks. Spoiler - I did it! And, even better, I ran it with a sub-10 pace! For having trained with a solid 10-minute pace (due to the treadmill), it was pretty incredible to know I had done this "speedy" 5K faster than expected, and I had done it all on my own (without a Garmin, pacer, or music).

My first 5-mile race.
A few years later, the hubby spontaneously registered us for a 5-mile race (RECAP). WHAT??? I had grown quite comfortable running the 3-mile distance (never any more or any less). He didn't give me much time to train for those five miles, either. Long (stressful) story short, I managed to run most of those  five miles, and actually ran it with a 9:00-minute pace. Hmmmm. Maybe I wasn't as slow as I'd thought? And, maybe (just maybe) I could run farther?

My first 10-mile run.
Fast forward to the spring of 2008. I decided to up my game, and train for a 20K. I didn't work with a coach, or even a formal training plan for that matter. After having been running three years, I knew the 3-5 mile distance was no longer a challenge. I had heard that one of the golden rules of distance running was to never increase your distance runs by more than 10% each week. Thus, I started with a 6-mile long run, then added an additional mile each week. I had also heard that it was not necessary (and often risky) to run the total race distance for a training run...in other words, with the impending 20K (12.4 miles), it wasn't in my best interest to run that entire distance in my training, but instead save those 12.4 miles for the race itself. So, the 10-mile distance was my final "training" run...and (at that point of my life) it also was my farthest distance run, ever. And I had a serious dose of runner's high that stayed with me for several days.
My first "big" race, Dam to Dam 20K.
A mere two weeks following that monumental 10-mile run, was the day I ran my first-ever "big"
race (RECAP). The hubby ran the race also, but we didn't run it together (we'd gotten separated at the start line and weren't able to find each other until after the finish line). I had to walk a few times in the final miles, but felt strong and confidant the entire route. I finished in 2:07, which gave me an average pace around 10:30....and I felt so exhilarated as I ran the final mile to the finish line. And, I immediately knew I'd be back the following year (and have continued to return every year since).
My first Fight for Air Climb.
Fast forward to 2013, and I took on a new quest....my first stair climb event (RECAP)! I had seen the Fight for Air Climb on the Sunday evening news, but always after it had happened. Finally, in 2013, I got registered in time to participate. I have returned to this event every year since, too, and have gotten faster each year!
My first marathon, the Quad Cities Marathon.
A few months later, I crossed the finish line of my first marathon (RECAP). I was truly blessed with a near-perfect experience...ideal weather, no fatigue, optimal fueling, "the Wall" was adverted, and I had an awesome fellow runner run the final mile with me. The race director himself even congratulated me at the finish line. Although I was secretly hoping for a 4:15 finish (but clocked a 4:33:38), I felt so incredibly blessed for the magical day. I felt no regrets, and an eagerness to do it again.
My first ultra, Christmas in July 6-hour.
This was a fun adventure (RECAP)! Myself and six other runner gal pals took on this challenge together. We started at midnight (yes, midnight!), endured extreme heat and humidity, 2+ hours of rain (and lightning), and we all stayed in constant motion until 6:00a.m. Having never done an overnight race, I had no idea what a reasonable goal should be...the course was a 1-mile loop, so there was ample opportunity for fueling and food after each mile. I had hoped for a possible 50K distance, but finished with 27 laps...essentially an ultra distance, and obviously an ultra experience.
My first duathlon, the Flying Pig Duathlon.
A few weeks later, a friend persuaded me to do a duathlon (RECAP). This was a total comfort zone violation, but I was eager to give it a try. Hot weather, windy conditions, and a borrowed bike...but all went well. We ran a 5K, biked 20 miles, and ran an additional 1.5 mile to the finish line. My goal was to finish with a sub-2:00 time, and I did!
My first 12-hour ultra, Christmas in July 12-hour.
After doing the 6-hour (overnight) event in 2015, several of us returned and did the 12-hour event (beginning at 11:00p.m.) in 2016 (RECAP). After recovering from a recent Plantar Fasciitis incident, and a phantom flare-up of hamstring/glute stuff, I was ever cautious undertaking this challenge. The course was the same looped 1-mile route around a lake, so I opted to run 5-6 miles/1-mile walk intervals, throughout the night (and morning). All things worked out well...my goal was to do a 50K in distance (approx. 32 laps), but was able to knockout 38 total laps, for an approximate 37 mile distance!
My most recent marathon, Route 66 Marathon.
This was a mentally and physically tough race for me (RECAP). I trained hard, and crossed the start line with optimistic thoughts of a PR. At mile 2, I started having hip pain and it persisted for the entire race. The route was hilly (which I knew it would be), and the weather was windy. Every step of my left foot brought a twinge of "something" in my groin area. I nearly bailed at the 13.1 finish line...but continued on (and spent the next several miles debating about turning around). I was able to run strong, but had to take several walk breaks in the final 5-6 miles because of the pain. Although my finish time was not what I had hoped (or trained for), it was a victory for me because I fought all of my doubts and persisted to the finish line.
These all have been victories for me...not because of exceptionally fast finish times, but because I had the courage to toe the start lines and (most importantly) the grit and determination to cross (and, sometimes, fight to) the finish lines. Never, ever, in a gazillion years would have I thought of myself as an athlete, nor considered becoming a runner. HA! Give me a charcoal pencil, a palette of paints, or some knitting needles and I was quite content.

And I have no intention of stopping!

How about you? How would you define Victory? A first place finish? A PR? A comfort zone violation?

I'm linking up with Deb for the Wednesday Word, and today we're chatting about Victory! 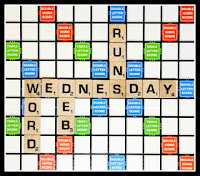 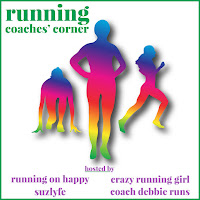 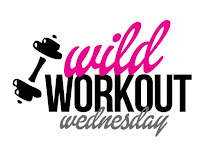 I'm pretty proud of all of these.
Posted by Kim at Running on the Fly at 10:49 PM