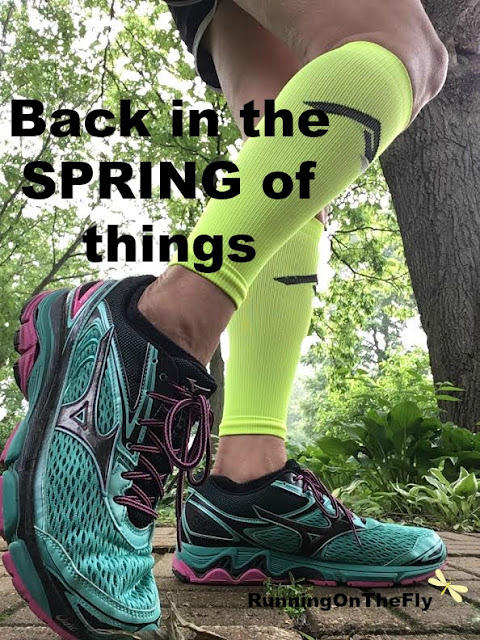 I say that with the utmost sincerity and humbleness. We've had some very questionable weather this spring, especially in recent weeks. It finally feels like the spring temps are here to stay...well, until the summer temps make their (much anticipated!) arrival.

Although our spring has been a bit psychotic in terms of weather, I honestly cannot complain (much) because I've had decent weather on my most of scheduled running days. I've been able to swap a day here or there to accommodate the rain (or outright avoid it), and have not had to struggle through too many unpleasant outdoor adventures. Glass half full, right?

This past week went well. As mentioned last week, it was time for a scaled-back, recovery week. With Grandma's Marathon looming (now only three weeks out!), the mileage is crucial but the recovery is paramount.

Monday rolled in, bringing us unseasonably cold temps and a stubborn N/NW wind that smacked us in our faces during our #5at5. None the less, the run went well and we had daylight for almost the entire five miles. Another successful #nevermissaMonday, so all was well.

Even though I felt recovered from Saturday's struggle-bus-16-miler, I still felt a little extra TLC would be good thing for Tuesday. Some extra foam rolling and yoga are always a good move, no matter how recovered you think you are.

I have not spent much time with my bike (who, by the way, still needs a name...remember this Blog Post from last year?). I dusted her (him?) off and did about seven miles in the late afternoon sunshine on Wednesday. Despite the beautiful day, the wind was crazy...and the final three miles felt like a bonus 10 miles instead with the fierce headwind. That which doesn't kill you.....
On Thursday, we had another chilly, though pleasant, morning for our second #5at5 of the week. Temps were in the high 40's, but with little-to-no wind, it felt a lot warmer. My friend, Barb, and I have been doing these #5at5's for several months now (you can read more about it HERE), and it's been a fun adventure! Now that the days are notably longer, we have almost total daylight (even at 5 a.m.). We don't have total sunshine (yet), but there's not much need for extra "safety" lighting. I look forward to continuing this ritual indefinitely, even after the marathon. We've been doing them since last September, why stop now?
With another long run on tap for the weekend, Friday was another day of active recovery. I did have a fun #Fridayfashion post, though. It's no secret I love color and enjoy pairing different colors together, like navy and orange. Add the white skinny jeans and some sparkly sandals, and I'm set for the day. By the way, are YOU following me on Instagram? Post a #Fridayfashion pic and tag ME!
We had some major fog for most of Saturday morning. The temps were in the low 50's, but the air felt especially damp (hence all the fog). We headed out at 6:30, and finished about two hours later (which included a potty stop near the 5.5 mile mark). It was one of those runs that went smooth despite my angry muscles. Not sure what was going on, but my hammies and hips were just "not feeling the run." I'm gonna assume the heavy air and lack of pre-run hydrating may have been a factor (though I had water with me and drank a few sips every mile or so). I'm also gonna assume it was my body's way of reminding me the past three weekends had taken a (brief) tole on me, and the scaled back mileage was necessary.
In keeping with my post-long run recovery routine, I headed out Sunday morning with the intent of doing a simple, easy mile. Imagine my surprise when I realized everything felt like  it was in 100% working order (this also happened last weekend, following that tough 16-miler). I decided to run two miles instead. I felt like I could have run much farther...but I stopped at two miles. It was, after all, a recovery run, and it's best to treat it as such.
So, how did this week fare? Over all, I am happy with everything! Although I was an achy mess after last weekend's 16-miler (as well as through most of Saturday's 10-miler), I felt great both of the days following those endeavors. I think that confirms my training is going well, and I'm glad to have the wisdom to honor my gut instinct and keep the mileage moderate. I finished the week (Monday-Sunday) with 22 miles, and am at 104 total miles for May (with a couple of runs remaining before June arrives). I have a half marathon next weekend (with five bonus miles after the finish line...which will give me 18 miles for the morning), and then my Grandma's Marathon Taper can begin.

I must confess that my 5-minute plank didn't happen on Thursday. Oops. I was up late finishing my Friday blog post, and forgot about the plank until the next morning. Have no fear, I did the plank on Friday evening instead....can you think of a better way to spend a Friday evening?
And, you all probably know Max by now. He loves going for walks...
...and car rides!

In case you missed them, here's last week's posts: 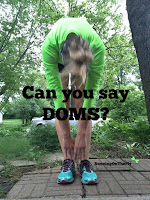 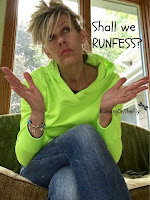 But enough about me! How was your week? Spring-like weather? Training runs going alright? Are you disciplined about treating the recovery with the same respect as the training?

I'm linking up with Holly and Tricia for the Weekly Wrap. Please join us! 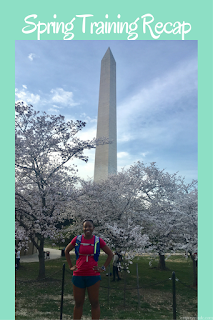