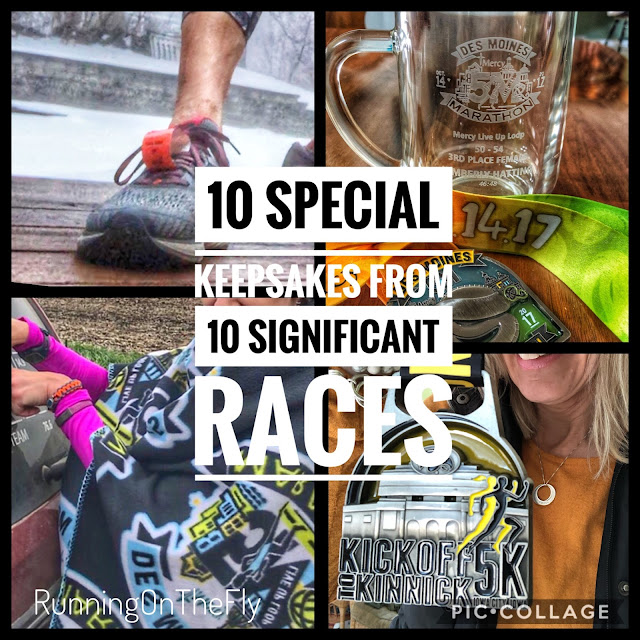 Ahhhh, so many races, so many memories, so much swag.

Sure, the finisher medals are nice. An occasional age group award is pretty sweet as well. Often times, though, there’s other swag that’s just as special.

Care to take a peak at my current Top 10?

These are in no particular order.... 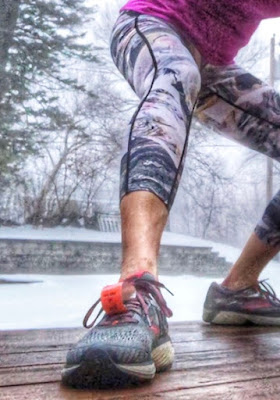 **Fleece blanket, also from the Mercy Live Up Loop 5-mile
I've run this race twice, and both times received a blanket as the main event swag (in lieu of a t-shirt). I can't tell you the number of times I've stashed one of these blankets in my car for an easy warm-up device. Every year, one of the blankets accompanies me on the Market-to-Market Relay,  so I have something for warmth and convenience for the numerous in/out of car moments at the exchange points.
So, there you have it...a quick look at what's currently on my Top-10 list of favorites. As you can guess, this list is constantly evolving, but that's a good thing! I love doing races, and it's nice bringing home different pieces of swag from time to time. After all, I really don't need anymore shirts or jackets.

How about you? Do you have any favorite swag items from races? Anything unique? Have you ever kept a timing tag on your shoe from a special race?