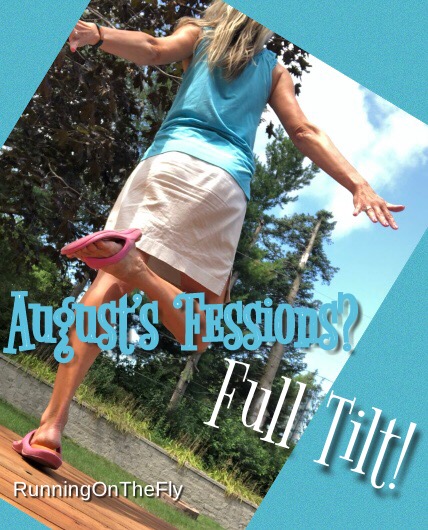 There's nothing like a good cleansing session at the 'Fessional.

Let's just say that things have been a little crazy, and my world has been a little topsy-turvy recently. And, the dwindling daylight has got me in a bit of a funk (seriously, I really hadn't much noticed the days getting obviously shorter until this week!).

Unloading a few 'fessions does wonders for one's mind, body and sole(s), if you know what I mean.

Shall we get right to it?

First off, I have become a Peloton fan. My 2-month free trial ended in late-January, but I have (obviously) stayed with the program. I love the variety of workouts available, via the app. I am also quite grateful to be self-disciplined to keep myself busy and active without leaving the confines of my house. That said, I just finished the 4-week Arms With Tunde program AND Matty's 5-week Hot Five Core Challenge ...and I Pelofess that I'm glad to have both of those in the rear view mirror. Tunde's workouts were short (but intense) and involved three days of work each week. Matty's core classes were only 10 minutes in length, but they happened Monday thru Friday for each of the five weeks. I like having some structure, but doing these two simultaneously was a bit much. I have ZERO regrets, but am glad to have a little more flexibility back in my fitness life. 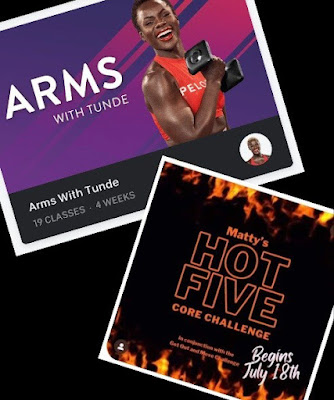 Oh, my dear new Garmin. I've recently realized that I'm becoming one of those who grabs the Garmin every time I lace up the shoes or hop on the bike (don't worry, I'm still not wearing it 24/7). On one of my bike path rides, though, I'd gotten a ways down the road before I realized I'd left the "wrist candy" back at home. I was running late (meeting-up with Amy), so I didn't have time to go back for it. I panicfess that, for a split second, I had an ounce of remorse. A few seconds later, I bikefess that I said a big "Oh well" and didn't think about the "lost" ride again. Garmin doesn't need know, or record, my every move, right?

Care for an update on the orchid? This little beauty continues to amaze me!, I flowerfess, it makes me smile every time I look at it. It was almost a month ago, on August 4th, when the first pic (on the right) was taken. Now, three weeks later, three of the blossoms have opened! The other stem (not visible in the other pic) has seven buds, and two of them are dangerously close to blooming as well. These current "blooming antics" happened on a much faster time table than last time...the buds appeared much sooner (after the previous blooms had dropped), and they bloomed within weeks (rather than months). 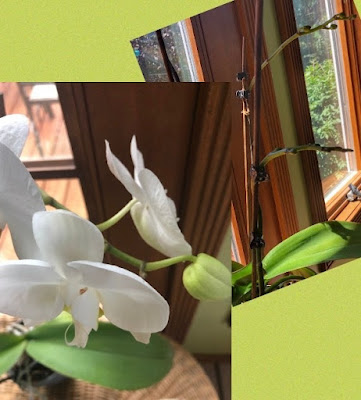 I am still opting outside. My #OptOutside streak officially began on Thanksgiving Day 2020, with our local turkey trot. It continued, daily, until New Years Day 2021, as part of my winter run streak. Come January 2nd, I decided to just keep going. I have most definitely not run everyday since then, but I have gotten outside for some form of fitness. As of Friday (August 26th), I am now at Day-639 (how's that for a nice quirky number?). Although I've made it through two cold winters, I gotta streakfess it is much easier to keep at it in the warmer months (another reason I don't want my summer to end).

Finally, I'll end with a funny story. After 10 days of Covid isolating (eight of which were WFH days), I loaded up all my work gear and headed back to the office on Thursday. Wouldn't you know? A the strap - on a favorite pair of sandals - bit the dust after arriving at work. I didn't have time to drive back home and switch-out my shoes either. What's a gal to do? I keep a pair of ugly Crocs flip flops at the office, and wear them for my walk breaks... so I fashionfess that I wore those, instead, until I went home for lunch. Lovely, huh! 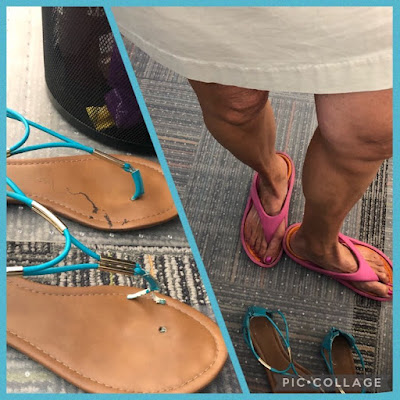 Anyways, those are the August 'fessions (at least the ones that I'm choosing to share, LOL).

Do you have anything (or several) that needs sharing?  Do you prefer structure with your workouts, or do you like to have a flexible routine? Have you ever panicked upon realizing you'd forgotten your Garmin (or fitness tracking device)? Ever have a sandal strap break on you? 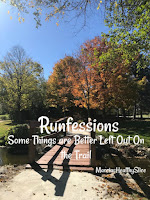 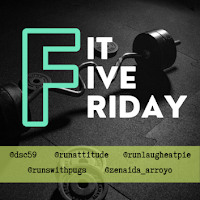