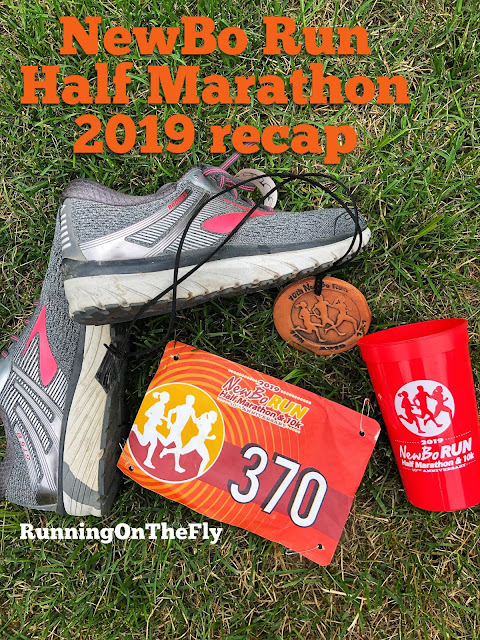 There's something about the sweet taste of redemption.

It's also a lot of fun racing with friends. Add a fun race course that offers both challenges and a scenic route, and it's a total win. 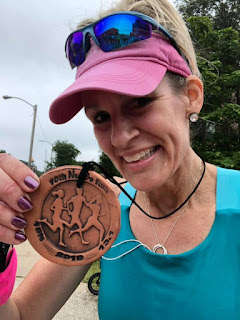 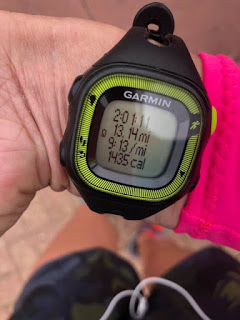 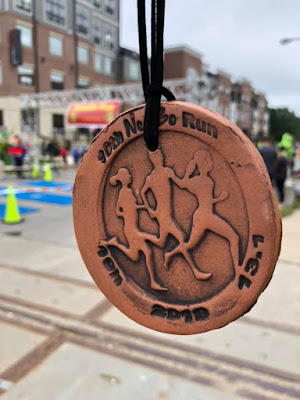 Oh, remember that pesky rock that wedged itself in my shoe? When I finally got my shoe off, I had to do a double take at the actual size of it! Amazingly, I didn't get a blister from it.
A few final thoughts...
As mentioned, that elusive sub-2:00 eluded me again. I have had three sub-2:00 half marathons, so I do know how sweet they are, but they are not my all-in-all reason for racing (or even for running in general). Of the 45ish half marathons I've done, this was my second closest attempt at getting under that 2:00 benchmark (I ran a 2:00:47 in September 2012). So, any disappointment in not finishing faster was very short-lived. I'm quite thankful for a strong race, with pretty even splits, and finishing with a smile. Honestly, I really couldn't wish for more.
Have you had the opportunity to return to a race and "redeem" yourself with a better performance? Ever gotten a nasty rock stuck in your shoe mid-race? If so, would you stop and try to remove it, or grit it out to the finish line?